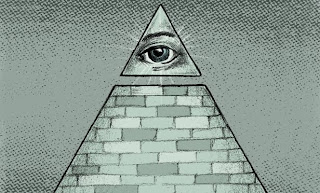 Mutual Wealth is "an emerging, fraudulent pyramid scheme masquerading as an international investment firm," the Securities and Exchange Commission claims in court.
The agency filed a federal securities claim against parent companies Fleet Mutual Wealth Limited and MWF Financial Limited in Los Angeles.
According to the complaint, Mutual Wealth claims to invest client funds using an "innovative" high-frequency trading strategy that "allows capital to be invested into securities for no more than a few minutes."
Mutual Wealth's website, active since November 2010, "has a sleek design and sophisticated veneer designed to resemble the websites of legitimate investment firms," the SEC claims.
The company promises investors "extraordinary returns" of 2 to 3 percent per week, the SEC says, and then encourages them to become "accredited advisers" and recruit new investors for a referral fee or commission.
"Almost nothing Mutual Wealth represents to its investors is true," the SEC claims. "The company does not purchase or sell securities on behalf of investors. Rather, it diverts investors' money to offshore bank accounts held by shell companies.
"Its purported headquarters in Hong Kong does not exist," the agency adds. "Its purported 'data-centre' in New York does not exist. The 'executives' it lists on its website do not exist. It is not, as it claims in emails to investors, 'registered' or 'duly registered' with the commission."
At least 150 US investors have poured more than $300,000 into the scam thus far, according to the lawsuit, and the funds "are growing by the day."
The agency seeks a permanent injunction, disgorgement of all misappropriated funds and civil penalties.
Its attorneys are Melissa Armstrong, H. Norman Knickle and John Bulgozdy.

MY OPINION:
(As an Accredited Advisor and Investor, I've been investing with MutualWealth since June 2013 and got paid each time. Also its WhoIS data stats November 2009, and its first fund fillings on SEC website was 2010: This brings me to a question; if the suit filling was well researched and correct)
Also Mutual Wealth claimed to have inaugurated their Spain office with pictures earlier this Month.

Although this filling got me confused, but Investigation is said to have started...