Blackberry Stock Getting Better? Check As Things Go from "bad" to "less bad" 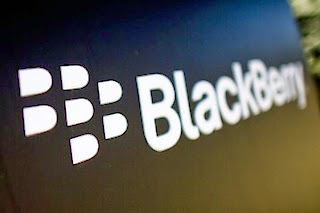 The smartphone maker posted a narrower-than-expected loss for its fiscal fourth quarter on Friday. Shares surged out of the gate, rising 6% in morning trading, though the stock was down 2% by the afternoon.

"The reality of the long, hard slog … to turn revenues around is setting in," said Michael Genovese, managing director at MKM Partners. "I think people are digesting that."

BlackBerry is no longer focusing on beating the iPhone and Android. The firm has lost a lot of market share over the past few years to Apple and smartphone companies that have devices running on Google's Android in the consumer market. But it now has a renewed focus on business customers and a push in software and services that can run on phones made by its competitors.
The company's stock has fallen nearly 40% over the past year. But new CEO John Chen is trying to reverse the company's fortunes, and he said in a statement Friday that BlackBerry is "on sounder financial footing today with a path to returning to growth and profitability."

BlackBerry is one of the top stocks in CNNMoney's Tech 30 this year.
http://money.cnn.com/technology/tech30/?iid=EL

The company reported sales for the quarter of $976 million, coming slightly short of expectations, while losses were $423 million. That sounds pretty bad until you consider the fact that BlackBerry posted a whopping $4.4 billion loss during the quarter that ended in November.

And after stripping out certain one-time items and charges, BlackBerry lost 8 cents a share in the fourth quarter. Analysts were expecting a loss of 55 cents a share.

Chen said the company had reached its target for reducing expenses one quarter ahead of schedule, and had "significantly streamlined operations." The company also finished the quarter with $2.7 billion in cash, and its gross margin improved.

But BlackBerry can't cut its way to growth, and analysts are still waiting to see whether the company can reverse its declining sales. The quarterly revenue total of $976 million was an 18% drop versus the previous quarter and a 64% drop versus a year prior.

"I'm impressed with the operational improvements, but I'm skeptical about the idea that they're going to grow revenues," Genovese said. It will take "about a year" to judge whether the turnaround effort has been successful, he added.

Chen told analysts Friday morning that he saw much of the company's growth going forward coming in software, services and its BBM instant-messaging service. But those areas are still a smart part of its overall business.

"I hope nobody thinks that we don't take seriously our handset business," he said.