True Love: Man who took 3 bullets to save his Fiance Life in Tunisia is back Home and Well 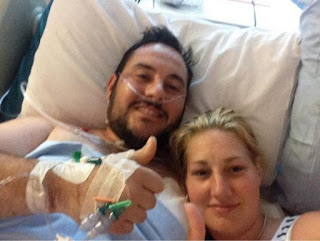 The man and father of two who saved his fiancee’s life by using his body as a human shield to protect her during the terrorist attack in Tunisia on Friday, he is now doing well in hospital 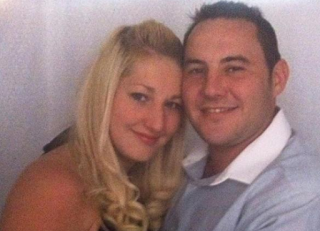 A British father, 30 year old Mathew James used his body as a human shield to protect his fiancée and mother of their two children, Seera Wilson when one of the attackers of the Hotel Riu Imperial Marhaba, a 5-star beach front hotel in Sousse town in Tunisia opened fire outside the Mediterranean resorts Friday
“He told me, ‘I love you babe. But just go, tell our children that their daddy loves them,” his fiancee told BBC News.
The 26 year old mother of two said she had no other choice but to leave him there, not knowing if he’d live or if he’d die. “He was covered in blood from the shots, but he just told me to run away. It was the bravest thing I’ve ever known. But I just had to leave him under the sunbed because the shooting just kept on coming.”she said 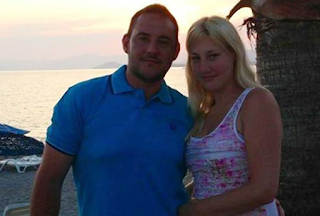 She ran to their nearby hotel room, all the while passing a body floating in the resort’s swimming pool. Once inside her room she hid inside a cupboard and waited until everywhere was calm again.
By the time the massacre ended at least 37 people would be confirmed dead – including the gunman – and another 36 injured.
To her surprise, her Fiance survived after being shot on the chest, in the shoulder and hip. He suffered a heart attack and a shattered pelvis. He is currently in the Intensive care unit of a Tunisian hospital where he is receiving medical attention.