Buying a Land or Investing in Stock, How to Decide 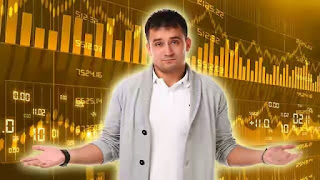 Tobi received a N1 million bonus and has been in a state of flux about what to do with it. The money has been in the bank for about two months now and each time he thinks he knows what do with the money he suddenly gets scared and decides against the move. Despite the array of choices he has considered his instincts always boils down to two choices. Investments in Real Estate or Investment in Stocks etc.

As easy as the selection process might seem, the peculiarity of the risk and return between the two sets of investment has made this decision a tough one to crack. How does one choose between investing in stocks or real estate?

I have personally pondered over these two sets of investment over the years and considered whether the typical risk and return associated with the two investments are actually true. After much research and some practical knowledge I believe the following ought to be considered when you are faced with choosing between the two.

The first decision you need to make before investing is to settle on what the purpose of that investment is. Are you saving towards retirement, school fees, marriage, an apartment etc.? If Wale was looking at building a house then it is logical to invest the N1million in purchasing a landed property. That way the land is there for him to build whenever he is ready. If he doesn't want to build, he can still sell the land in future and use the proceeds to part finance the purchase of an already built house. If he was looking at setting the money aside for his children's school fees then he is better investing in a short term fixed deposit or treasury bills.

Your risk appetite is basically how much risk you are willing to swallow in exchange for profits. Some people are naturally risk takers whilst other are not. Some also have different risk appetites for different investments. Investing in the stock market typically has higher risk than buying a piece of land or landed property. When you buy shares there is a higher chance that the value might be lower when you want cash than if it was a landed property. However, the stock market compensates for this risk by giving a higher return. It is therefore better for you to invest in something that you understand rather than what you don't. Buying land in Lagos for example does come with its own risk especially if you do not have title documents and have not put up a structure on the land.

Another very important aspect of deciding which of the two investments to make is your time. Every investment has a payback period so understanding that is critical when you want to take a decision. If Tobi has a long time view towards his investments then he may as well prefer to buy land with the money. However, if he believes he might need that money in a few months' time then investing in stocks rather than buying a land may just be the right option. Real Estate usually have a longer payback period relative to quoted stocks. The longer the payback period the higher your exposure to risk also is which makes it important to not just only have a time horizon but to be ready to change it if the need arises.

It is often said that the higher the risk the higher the return one is expected to get all things being equal. Therefore, to decide upon a risk you must also reasonably measure the type of return you hope to get. You also have to decide if you want a one-off return or if you prefer a constant cash flow. A landed property for example cannot give you a constant cash flow except there is some form of use for it. But even that will require that you spend some more money to keep it useful. However, when you invest in stocks or treasury bills you are likely to get a constant return periodically. Also, a commercial property typically earns a much lower return than stocks periodically. A rule of thumb suggest a 5% yield on the average. For example, a property worth N10millon will probably command a yearly rental income of N500, 000. However, with N10million you probably get N1million annually when you invest in Treasury Bills or even more with stocks. To compensate for the smaller returns, Landed properties typically appreciates in value and are better protected over inflation.

The expected value of an investment is another important factor to consider when you want to invest in either land or stocks or treasury bills. If Wale invest N1million in treasury bills or even bonds for 20 years at a rate of 10% what he gets is N100,000 every year for the next twenty years and then at the end of twenty years he gets his N1million including the N2million he earned over the years in interest (without accounting for inflation or compound interest). A landed property worth N1million is also likely to be worth N3million or more than after N20 years. However, if he invested that money in a good growth stock or mutual fund the N1million could triple in a little under three years.